I am shown standing alongside the Prefab in which we had lived since 1947.The Prefab was on the Belle Vale estate on the edgelands of Liverpool between Childwall and Woolton. The estate of 1500 prefabricated buildings was built to replace the housing stock destroyed during the war. They were intended to house families with one or more children. We are about to move house to Allerton and I was about to move schools.

This photograph is the basis of my art practice research based PhD thesis. My research is concerned with the snapshot photograph and its relationship with memory. The thesis endeavours to answer the question, why do we take snapshots. I am using this photograph as a lens through which to explore this question.

My research is based on an exhibition which takes this photograph as its central theme. Part of the exhibition explores the snapshot pose as represented in this photograph. I am interested in the banality and repetition of the pose in such snapshots and I am curious to understand if there is a fundamental reason why, as individuals, we take such similar snapshots.

I have set up a Facebook page with a view to collecting together at least 50 photographs that reflect the theme "First Day at School". These photographs, with the owners permission, will be used as the basis for an installation within my exhibition.

I hope that people will participate in the project by digging into their shoe boxes, albums and on-line archives to send me copies of snapshots of themselves, offspring, family and or friends, taken on their" First Day at School", or any similar photograph.

I have created a Facebook page specifically for this project. Photographs may be posted on the Project page or your Facebook page or they may be sent via a personal message or as an email attachment.
Posted by AJPEE at 12:49 AM No comments: 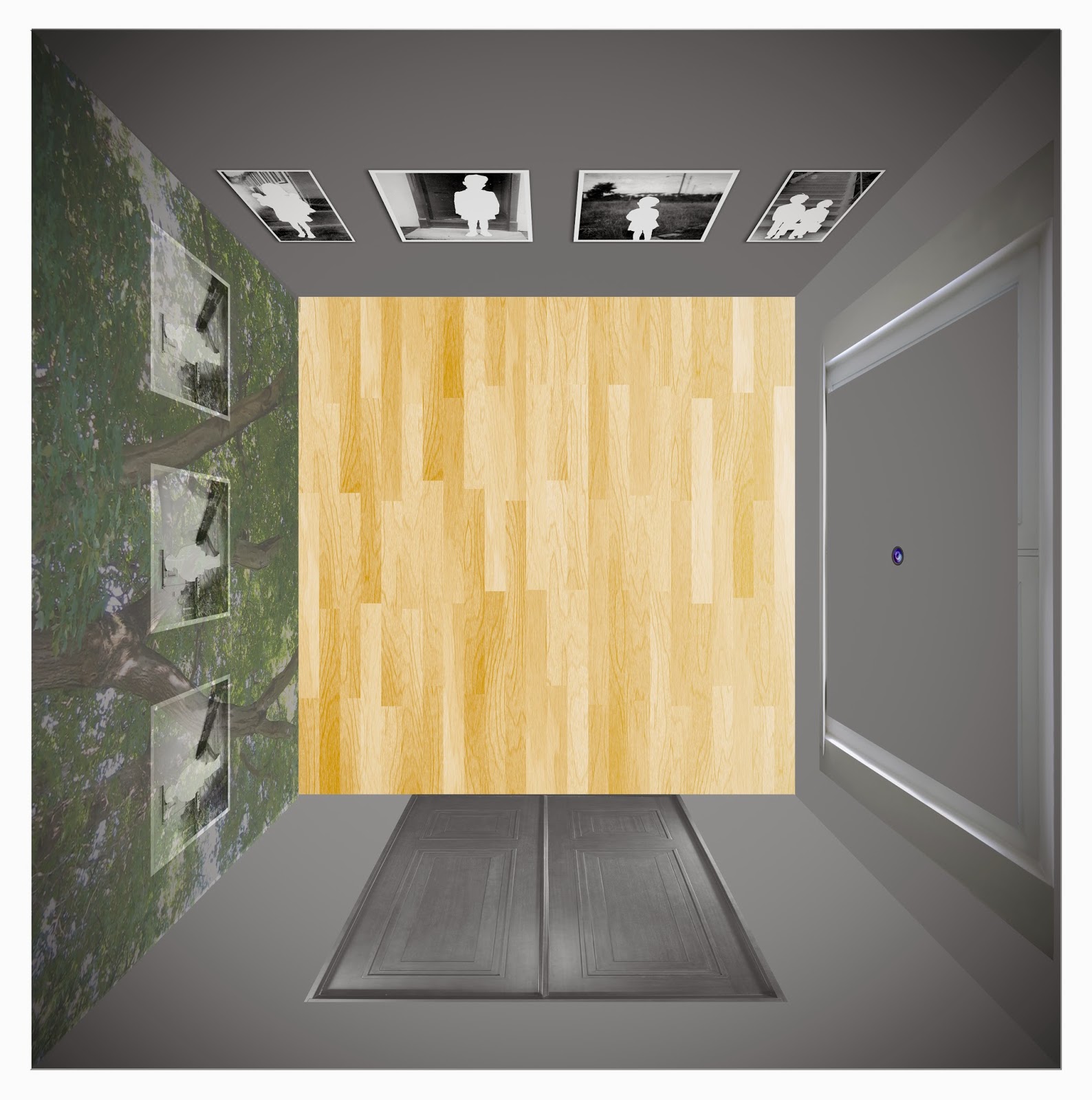 Mock up of Exhibition Space as Camera Obscura

YouTube Video of the Camera Obscura idea for the Exhibition


The video show a simulation of a moving scene of the exterior view from the exhibition space projected by means of a lens embedded in a blanked out window onto the opposite wall of the room to simulate a Camera Obscura. In reality the movement in the image would be limited to people walking past and any movement in the foliage.

The concept behind the installation is a simulation of the originary technicity of the photograph when Henry Fox Talbot viewed the scene of Lake Como from the balcony of his hotel room on the screen of his portable Camera Obscura and dreamt of a way of fixing the image he saw by capturing the light or by painting with the light as he put it. His sole intention being to remember the spectacular view and to be able to share it with others on his return home. The originary moment is contrasted with the reality of his dream, the banal snapshot photograph. Which is represented here by the negative space of a classic snapshot pose, "The first day at school" snapshot.
Posted by AJPEE at 9:33 AM No comments: