Were Dinosaurs Turds the First "Snapshots"?

Each poo is a snapshot of an ancient ecosystem 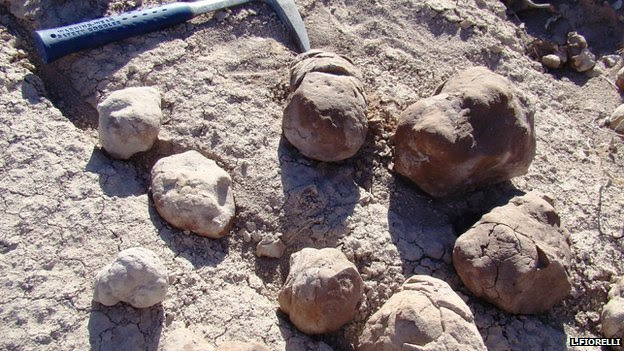 BBC News reports the unearthing of  thousands of fossilised poos left by rhino-like megaherbivores.
The 240-million-year-old site is the "world's oldest public toilet". The scientific report indicates that defecation in communal latrines was a common behaviour of prehistoric megaherbivores.

A sheet of volcanic ash has preserved the ancient dung piles "like Pompeii", said Dr Fiorelli.

The coprolites are like time capsules. "When cracked open they reveal fragments of extinct plants, fungi, and gut parasites," said Martin Hechenleitner, a fellow author on the study.

"Each poo is a snapshot of an ancient ecosystem - the vegetation and the food chain."

"This was a crucial time in evolutionary history. The first mammals were there, living alongside the grandfather of dinosaurs.

"Maybe with these fossils we can glimpse into the lost environment which gave rise to the dinosaurs."